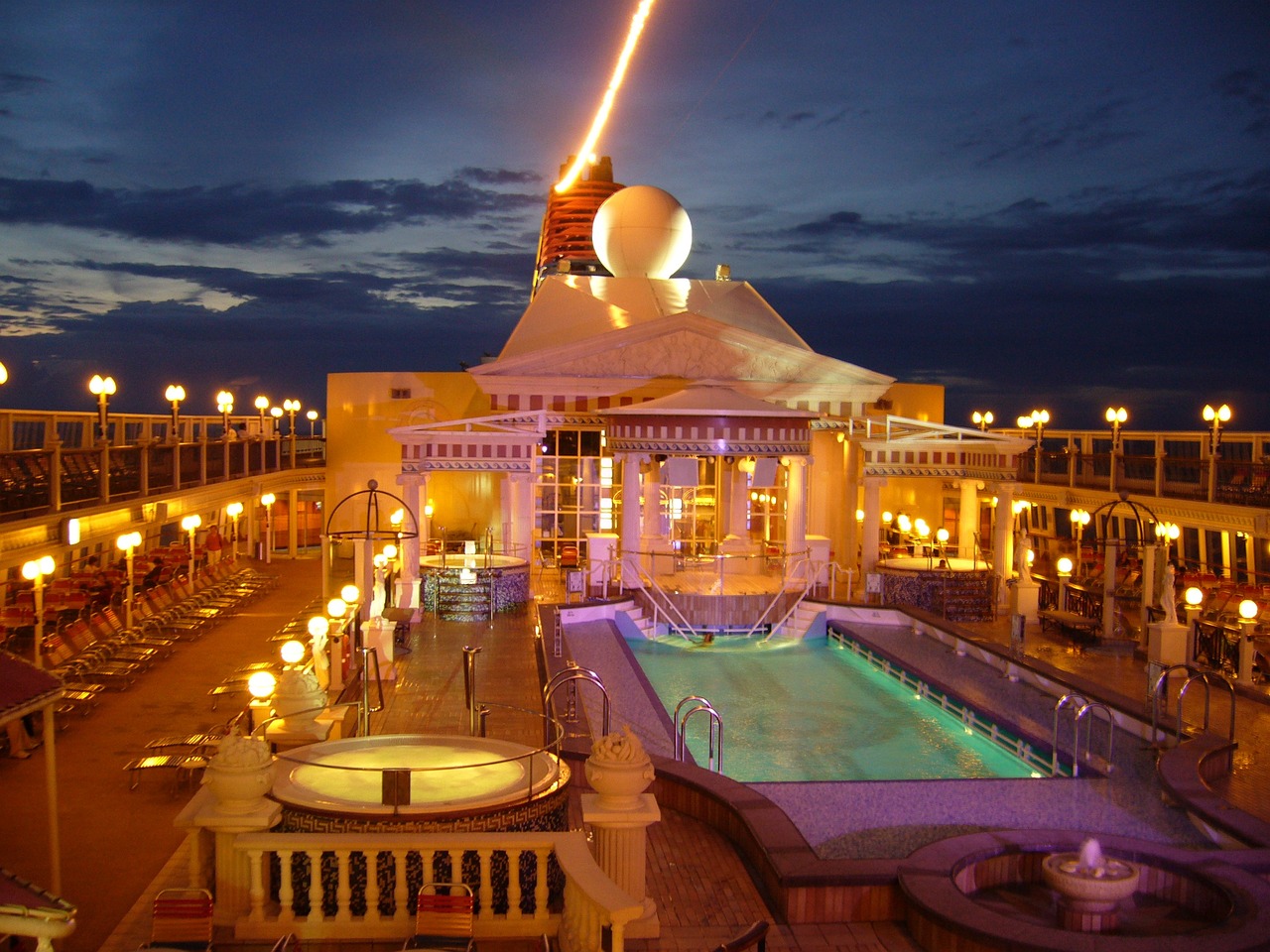 When it comes to a dream cruise, everyone has their own idea of the ideal vacation. The beautiful ocean waves breaking against the bow beneath you, the warm breeze blowing against your hair and the lure of new, unexplored destinations off in the distance. If you’re lucky, maybe your dream vacation is already in the works and you’re eagerly counting down the days until it’s time to board. And if you’re still in the dreaming phases of your perfect cruise, you realize that dreaming of your vacation is almost as much fun as living it… almost.

No matter where you are in the process, the perfect cruise is more than just picking your dream destination; there are plenty of other things to consider as well. Whether a minor or monumental task, these tips are your starting point. Satisfy each of these considerations and you’ll be on your way to making your cruise everything you dreamed it could be.

* Always be on the lookout for the best deal. If you could enjoy the same amazing cruise at a fraction of the price, why wouldn’t you? Deals are not hard to come by in the cruise industry and the key is to book early. Do your research, look for package offers and book your trip as soon as you can. The wait may be difficult but an early booking could save you hundreds of dollars.

* Pick the right cruise line. Your dream cruise rests on the right ship, so don’t leave this choice to chance. MSC Seaside is a sun-lover’s paradise with plenty of outdoor space to take in the Caribbean sunshine and stunning views, thanks to its unique outdoor, ocean level promenade. When you step inside for a bite to eat, you’ll discover MSC Seaside is home to celebrity chef Roy Yamaguchi’s first restaurant at sea. Dine on gourmet Asian cuisine while enjoying the spectacular view and your cruise will be everything you dreamed it could be.

* Pack smart and know what’s included. Your cruise line is your home away from home for the duration of your trip, but that doesn’t mean you have to bring home with you. Many of your daily needs will be provided by the cruise line itself. Take the time to learn what is included with your package and you can save money and headaches by not duplicating your inventory.

* Plan activities for the whole family. While the cruise itself is enjoyable, it’s the activities you take part in while on the ship that truly make your vacation unforgettable. Look for a cruise that offers activities for your entire family. MSC Seaside, for example, features the most interactive water park at sea with slide boarding technology, two of the longest zip lines at sea, a 4D cinema and two Formula 1 racing simulators. And if you plan to bring small children, they will love the ship’s LEGO-themed playrooms along with an entire experience day with themed games and competitions.

* Arrive early. Weeks and months of planning using the tips above could be all for naught if you don’t heed this last piece of advice. After all, flights can be delayed or cars can break down and if such a thing should happen to you, planning a little extra time into your schedule ensures that when the ship does leave, you’re on it, no matter what happened on the road to get there.

Your dream vacation is waiting for you. If you’re in the planning stage for your cruise, applying the tips above can help you finalize your strategy and finally get on the ship. And if you’re still in the dreaming stage, now’s the perfect time to bring that dream to life.

Raise Your Spirits With The Pool Boys

You know what’s even more contagious than a cough or sneeze? A deep, rumbling belly laugh that leaves your sides aching and your eyes streaming. Laughter isn’t only the best medicine, it boosts immunity, lowers stress hormones and helps prevent heart disease.

If laughter is what the doctor ordered, patients must start getting in line to see the latest film from the creators of the uproarious American Pie franchise, “The Pool Boys.” As encouraged by the magazine Scientific American Mind, laughter actually reduces stress by easing tension and relaxing muscles, which keeps you more focused and productive. Your daily dose of laughter is as important as your dose of fiber or vitamin C.

Well, science confirms it: watching comedies and succumbing to relaxation are necessary for your health! So treat yourself to the playful mischief of “The Pool Boys.” The rated-R flick stars Matthew Lillard, “The Descendants”; Brett Davern, the budding actor from MTV’s hot show “Awkward.”; and “Twilight” villainess Rachelle Lefevre.

Innocent college student Alex (Davern) spends a summer in Los Angeles with his savvy, pool boy cousin Roger (Lillard). Since the pool boy business isn’t raking in the cash, the cousins concoct a scheme to start a brothel. Miraculously, they have access to the perfect mansion and plenty of hot chicks to make it work. But like most businesses with little foundation, criminal activity and dirty money – mischief abounds.

Roseanne’s Tom Arnold graces the screen with a crass cameo, surrounded by a series of other comedic hijinks. As business heats up and threatens to boil over, viewers see how far people will go to make money. The escort business predates Ponzi schemes by millenia, although the film’s dominatrices and pool parties are a nice modern touch.

How To Make Halloween Fun for Parents and Kids

For most parents, Halloween is a holiday that involves taking at least one kid (if not more) trick or treating. While some parents may dread this task and prefer to be the one at home handing out the candy instead of walking through the neighborhood and going door-to-door, these few simple tips can make the evening a treat for you too.

• Courtesy. There are social norms to be followed on Halloween, just like any other

time, and this needs to be explained to your children. Remind them to say “thank you” and take a piece of candy if offered (even if it isn’t their favorite or first choice), without digging around in the bowl. Second, show respect for the homes and yards of those you visit by staying on the sidewalk or driveway, and not touching any of the flowers, pumpkins, or other holiday decorations (no matter how tempting it may be). Third, avoid houses with lights off, and don’t knock or ring a doorbell more than twice.

• Control. If you happen to be the parent tasked with escorting (and corralling) a large

group of children, it’s easier to divide the kids into smaller groups of six or seven, and send each to a different house, then have them switch houses. You can tell them this will allow them to hit more houses more efficiently.

• Comfort. Some parents like (or are convinced by their kids) to dress in costume.

But that doesn’t mean you have to sacrifice comfort. Your feet will thank you if you wear decent walking shoes or sneakers to chase your children along the street, and adult costumes that are overdone take away from the kids’ outfits, so keep them simple. In fact, throw on a funny hat or ears and call it a day. Bring something to drink if it’s hot, or sunglasses if you are out with younger children before the sun goes down.

Let me know your thoughts!

Dating is never easy. Never mind first impressions and the getting-to-know-you awkwardness, the Internet has created a world where every foible, every flaw, every little thing (both literally and figuratively) is on display for the all the world, including potential dating partners, to see.

“Surviving any worst-case scenario comes down to not panicking, having a plan, and ultimately being prepared,” David Borgenicht, author of The Complete Worst-Case Scenario Survival Handbook: Dating & Sex, told the Chicago Tribune in an interview. “And this applies to the realm of dating.”

This is why it’s important to be prepared for any dating scene so you aren’t wondering whether leaving-by-the-bathroom-window might actually be an option.

The following tips will help you avoid the minefield of dating.

• You spill wine all over the table, yourself or your date. The best-case scenario is that you and your date laugh it off. Bonus? If you like one another, it’s an easy way to ask them out for a second date — to a dry cleaners where you’ll foot the bill. At worst? If the sparks aren’t there, it’s a built-in excuse to end the evening early.

• You’re running late. There are a million ways things can go wrong—unexpected traffic, the boss asks you to stay later than you planned, mistiming on how long it takes to get ready — and all of a sudden you’ve kept your date waiting. In this instance, take a few minutes to send a quick text message or phone call to let them know you’ve run into a snag, but will be there as soon as possible. Better yet, give them a timeframe. One caveat: try to keep it light. If you sound stressed about being late, they’ll be stressed while they’re waiting.

To avoid the messiness that sometimes goes hand-in-hand with using smokeless tobacco, the FLASR flask has an advanced closing mechanism, ensuring that it stays securely closed when not in use, thus eliminating the risk of spills and leaks often found with cups and bottles. In addition, the small size of the FLSR flask allows users to enjoy smokeless tobacco unobtrusively while in public.

Between work and family obligations, many couples struggle to find time together. But  finding time to enjoy your partner’s company is important, so why not have fun with it? Planning a romantic dinner might be easier than you think.

Here are some tips for couples looking to plan a special dinner with their partner:

1.    Arrange “alone” time. If you have kids, see if they can spend the night at a friend’s or relative’s home. If not, hire a sitter to entertain your children outside of the home.

2.    If the dinner’s a surprise, make sure that your partner isn’t going to be busy with other plans. If you want to let your partner know about your plans, leave an invitation on his or her pillow.

3.    Set the scene. Make sure that your home looks romantic when your partner arrives. Candles and roses let your partner know that you have arranged something special. Set the table with china, lovely stemware and your favorite linens.

4.    Choose a delicious wine. Conversation over a wonderful wine is one of life’s simplest pleasures, so indulge in something light and refreshing. The 2007 Clos du Bois Rosé (closdubois.com) is a delicate, floral wine with hints of wild strawberries and ripe watermelon. It’s bright acidity and rosy color make it a wonderful choice for romantic nights in. Better yet, dry rosés work with most food pairings, whether you’re planning an all-chocolate menu, ethnic food or your partner’s favorite dish.

5.    When it comes to food, play it safe. If you’ve never rolled your own gnocchi before, now is not the time to give pasta-making a try. Choose a recipe that you know well, or order carry-out from a favorite restaurant. If you do order food, transfer it to attractive dishes before serving. Don’t forget appetizers. Go to a local cheese shop for help putting together an elegant cheese plate that pairs with your wine.

6.    Dress up. A cous cous with spicy vegetables looks much less elegant if you’re wearing a ratty T-shirt and worn jeans. You don’t need to make yourself uncomfortable, but do put some effort into your appearance.

A festive bottle of wine, a pretty table and a few hours alone together can make any simple dinner romantic.